The Palmer Divide Victory Riders (PDVR) began with a conversation in the spring of 2013 at a local eatery in Castle Rock, Colorado.  Daren Fields and Matt Lynch had just finished a ride through the beautiful Colorado Mountains on their Victory motorcycles and stopped off for a cool one. They had recently met through the Victory Owners Group (VOG) website and were looking for other Victory riders to hang out with.  Matt and Daren agreed that something needed to be created as an alternative to the traditional riding clubs in the area and it was in that conversation that the idea to start up a local Chapter of the Victory Motorcycle Club (VMC) was hatched.

Shortly after their initial meeting, they set up a ride up with Blaine Stahlman, Tom Sindledecker and Tony Lucent.  The group rode up to the Bucksnort Saloon and over lunch they agreed that they would start working together to create a Victory Riding group in Colorado.   Knowing that the VMC already had a local Chapter system, they realized that might be the best way to go.   After some initial conversations with the VMC National Office, Daren and Matt learned that to start a new Chapter they needed five VMC Members as Charter Members. The PDVR officially became a Chapter of the VMC in the summer of 2013 when the paperwork was filed identifying our PDVR Charter Members as Daren Fields, Matt Lynch, Blane Stahlman, Tom Sindledecker and Sue McManis-Fields.  The nucleus of the new Chapter was now in place.

Once the VMC was alerted that we had our five Charter Members on board, they recommended that we talk to Trent Caster and John Dextras who were rumored to have an interest in starting a Chapter of the VMC in Denver and Colorado Springs. The VMC wanted to make sure that we coordinated efforts to make a local Chapter a reality. John Dextras and Trent Caster started lending their experience from working with other Clubs in the area and became Members #6 and #7 and shortly after that, Todd Harkin came on board.  It was at this time that the task of creating the PDVR Bylaws and structure occurred.  Our original members pitched in to create a solid organization utilizing their experiences with other organizations such as the Colorado Victory Riders (C-VRA), Patriot Guard Riders (PGR), American Legion Riders (ALR) and Run for The Wall (RFTW).

During the creation of the By-Laws, the decision was made to identify the first fifteen PDVR Members as “Founders.”  These were individuals that took risks and committed to making the PDVR become a reality. The PDVR Founders include Daren Fields, Matt Lynch, Blane Stahlman, Tom Sindledecker, Sue McManis-Fields, Trent Caster, John Dextras, Todd Harkin, Charlie Lengal, Robin Johnson, Tramayne Johnson, Marty Bauer, Sue Geagley and Benny Geagley, Al Rahrs and Chris Wells. Even though Tony Lucent was one of the first people involved, he became an official member of the Chapter as #16 just missing the designation. Tony is now like the 5th Beatle who influenced the creation of a great Chapter.

As efforts continued to pick up steam, it was time to design the patch and name for the Chapter. Daren Fields, John Dextras, Matt Lynch and Tom Sindledecker worked together to come up with something unique to the area that would personify the region and convey the passion for riding. The decision was made to tap into the history of General William Palmer and the legacy that he left on the Colorado landscape and culture. William Jackson Palmer was an American Civil Engineer, Soldier, Industrialist and Philanthropist and during our research we learned that the Palmer Divide was named after him. With his legacy in mind, the Palmer Divide Victory Riders became the official name of the Chapter. A patch that incorporated the roads of Colorado and the color palette of the long-loved green Colorado license plate was created.

News started to spread within the motorcycling community about the PDVR and it was brought to our attention that we needed to meet with the Council of Clubs in order to make them aware of our intentions as a Motorcycle Organization. Because the VMC included the term Motorcycle Club (MC) in the name, there was concern that we were starting up a competing MC Organization in Colorado. Following some initial conversations with some of the MC Clubs in the area, we were asked to meet and explain the intentions of the PDVR. It was then that Daren Fields, Matt Lynch and Tramayne Johnson met with Council of Club Leaders in Colorado Springs and discussed the plans for the PDVR. After reviewing the mission and intentions of the PDVR, it was determined that we were an owners group and would be allowed to operate as a Riders Club (RC) in the area.

There is no doubt about it – the PDVR loves to ride!  As a group, we have experienced and talented riders who have shared many great memories, laughs and covered thousands of miles on day and overnight rides in and around Colorado; participated in the yearly V-2-V Coast to Coast Ride on the Victory Highway; and had the honor of hosting the VMC National Meet in 2016 in Fort Collins, Colorado.

Over the years, the PDVR has seen Members come and go, but one thing that really came though was the love of riding high performance motorcycles in the V-Twin arena. This common passion for a great sport in one of the best places to ride in the world made for a successful formula.

On the 9th of January 2017, Polaris Industries Inc. announced that it would immediately begin winding down its Victory Motorcycles brand and related operations with the following statement, “This was an incredibly difficult decision for me, my team and the Polaris Board of Directors,” said Polaris Industries Chairman and CEO Scott Wine. “Over the past 18 years, we have invested not only resources, but our hearts and souls, into forging the Victory Motorcycles brand, and we are exceptionally proud of what our team has accomplished. Since inception, our teams have designed and produced nearly 60 Victory models that have been honored with 25 of the industry’s top awards. The experience, knowledge, infrastructure and capability we’ve built in those 18 years gave us the confidence to acquire and develop the Indian Motorcycle brand, so I would like to express my gratitude to everyone associated with Victory Motorcycles and celebrate your many contributions.” 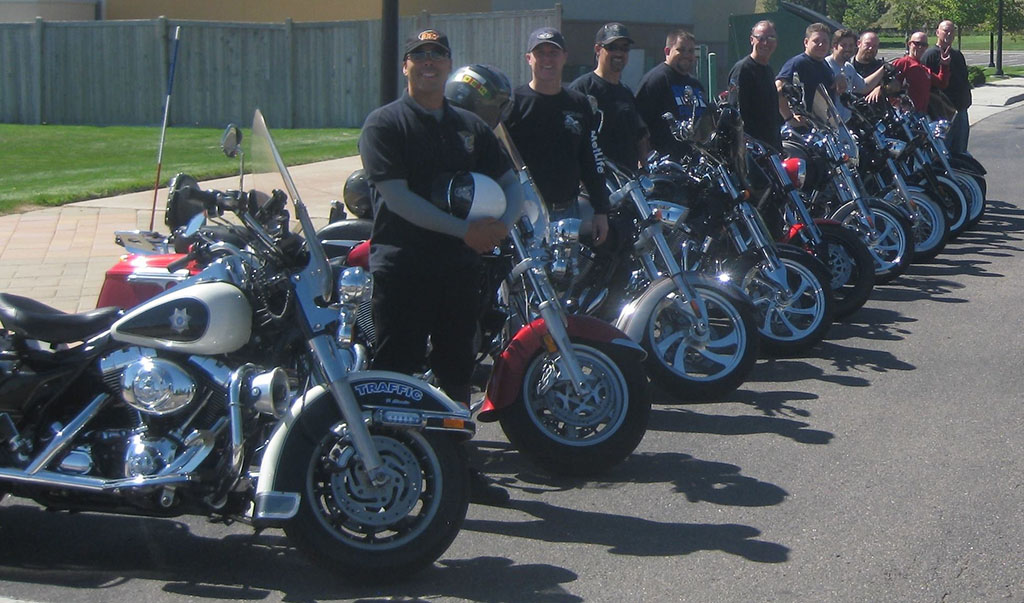 Faced with this reality, the PDVR had to make heartfelt decisions about the future of the Chapter.  When talking with Members, there was a consistent message: We want this group to stay together because this is a great group of riders and family members; We need to remove the Victory restriction because eventually the Chapter will die out with no new Victories on the market; and there are Members who used to be part of our Chapter who now have different bikes but can no longer be Members of the PDVR.

With these criteria in mind, the Chapter made the decision to open the Chapter up to motorcycle enthusiasts from the riding/touring community along the Colorado Front Range and to change the name of the Chapter to the Palmer Divide Motor Riders (a PDVR Legacy). We also made the decision to open the Membership to Spouses, Family Members, Friends and Candidates for Membership as Associate Members. Associate Members will be included on the email distribution list; will be allowed to ride with the Chapter on designated rides; and have all the privileges of a Full Member without voting privileges.

Even though our name has changed, our purpose still remains the same! We enjoy riding, whether it be day long outings or for weeks at a time, and the friendship of fellow riders --- and we like pie! Come ride with us!